I got a free passport, and I can’t remember how.  It seems like a strange thing to forget, but to be honest I have over 15,000 unread emails in my inbox, and it isn’t because I’m popular.  I click the “subscribe” button on every website, and I’m hooked up with daily content from everywhere.  I get breaking news, job postings, shoe sales, vodka launches.  I forget what I’ve signed up for and who’s sold my address, so I don’t know how I got a Classtivity passport.

This is Classtivity, as I understand it: you pay $49 and you get to take ten different fitness classes at various locations.  SICK DEAL.  This is Classtivity, as I lived it: I paid nothing and got to take one class, for no reason.  EVEN SICKER.  (Also I was supposed to get a free T-shirt that never materialized, but I can only take so much umbrage at the lack of free T-shirts in my life, seriously.  I’m going to go ahead and come down on the side of Classtivity, T-shirt or no.)

So I signed up for an Advanced Bodyweight Workout class with Melissa Paris Fitness.  I’ll be honest; this choice had much more to do with my schedule and the proximity to my office than my personal fitness goals.  While “advanced” bodyweight seemed like perhaps a bit of a stretch for me (my body weight is more like “a little too moderate”) I liked the idea of trying something new.  So I booked it and I stamped my passport (virtually) and I didn’t get a T-shirt, which I am totally cool with, and then I headed off to class.

I entered the class with one major misconception: I believed that I was in decent shape.  This notion was challenged immediately upon meeting Melissa Paris herself, a diminutive blonde with a rock-solid physique, wide-eyed and earnestly friendly but so fit that she was actually intimidating.  Melissa was clearly in charge.  Of the class, of the room, of the world.  I understood right away that I would do whatever she told me to do, be it squats or lunges or leaping from the sixteenth-story window.  Even smiling, she had that kind of command. 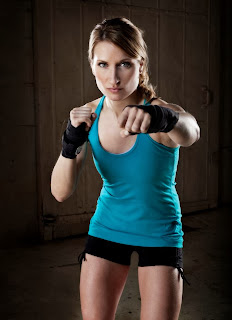 From her Facebook.  Admit it. She's the boss of you.

She turned on the music, a cacophonic mix of pop and hip hop tracks that overlapped each other like waves at high tide.  The resulting sound was chaotic and frenetic, with energy levels so high that they banged on the ceiling.  After some perfunctory warm-up exercises, Melissa sent us off in a circle of intense repetitions, cycling through leg lifts and pushups and jumping jacks.  We’d burn through sixty seconds of one movement before rotating to the next, and it was during this rotation that my overestimation of my own fitness level was made clear.  I’ve taken boot camp classes before, at times in my life when my own gym attendance was significantly lower than it is today.  Always these classes have been a challenge, and always I’ve been joined in my struggle by other attendees, who’ve groaned and grunted alongside me in a kind of twisted camaraderie.

Not so with Advanced Bodyweight.  There were only about eight of us, and two were rather chiseled men.  The other women were thin and strong and swanlike, gorgeous and poised as they rotated through the series.  I felt like a blobfish in a sea of starfish, watching my reflection in the mirrored wall as I bumbled through each new trick.   I leapt and lunged and squatted, looking for all the world like Hannah Horvath trying to convince her boyfriend she’s immune to endorphins. 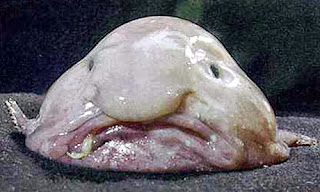 You never want to be Hannah Horvath in an exercise class.  The person you want to be is Melissa Paris, whose eye makeup doesn’t run and whose sneakers don’t scuff, who remembers your name as she hands you a jump rope and does not mock you when she sees you try, and fail, to use it.  I struggled through each cycle, sweating fervently in my place in the rotation between two beautiful girls.  The class was an hour long, and at the 54:59 mark Melissa brought us in and led us through our cool down, spreading our towels out across our backs one by one, pressing our muscles to deepen each person’s stretch.  Just to solidify my position as the class dingus, I had taken the instruction to “bring a towel” extremely literally—instead of carrying with me a small white exercise towel, like the rest of the class/universe, I’d hauled in a giant purple bath towel.  Melissa was cool about this and did not point and laugh at me at all.  And just to clear up any sort of confusion about this, she had absolutely nothing to do with the presence or absence of free T-shirts.

My intention, after class, was to go home and write about the experience while it was still fresh in my mind.  But this plan was thwarted by the sense of flat-out exhaustion that hung across my shoulders and weighted my every move.  I went to bed early and slept the sleep of the dead, and in the morning when I woke I had a personal email from Melissa Paris, asking me how I liked the class and encouraging me to give her feedback.  It was like getting a text from Madonna asking if I had enjoyed the show.

The show was a banger, the workout was a killer, and the blobfish, though sore, rolled through an unexpectedly stressful workday with a clear head and quite a bit of energy.  My muscles eased back into place over the course of the day, so what had begun as a limp evolved into an outright hobble as they tightened and ached.  It felt fantastic, and ultimately, when I got home and collapsed onto my sofa, it was with a giant grin and a sense of satisfaction.  My halflistic journey had kicked off.

Friends, I’ve been remiss in not reporting about a wild, left-field plot twist that dropped into my mailbox over a week ago.  I received a package at work, and I was delighted to open it and find that at long last, my free T-shirt had finally arrived in the mail!  Electric blue and artfully branded, this T-shirt simply screamed success.  I knew immediately that going forward, I would wear it every single day. 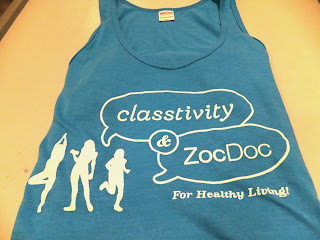 In this picture I am naked from the waist up.

So there it is, my contract with Classtivity completed by all parties (though may I remind everyone that I did literally nothing to earn any of this), the muscles firmed, the T-shirt received, the universe in balance once again.  This blogging stuff is some kinda gig.
Posted by Unknown at 8:08 PM